King David was born as a poor shepherd-boy. He entered the biblical historywith the story of “David and Goliath”. This story tells about theunequal fight between the little shepherd-boy “David” and the powerfulwarrior “Goliath”. Still today people are talking about a fight“David against Goliath”, when one side is much more stronger thanthe other side. David, who became later King of Israel and who was the founderof the house and line “David”, grew up as a poor shepherd. In thewar against the Philistines he agreed to fight against the giant“Goliath”, because no other of the warrior wanted to do this. AlthoughDavid was much smaller as the huge Philistine, he defeated Goliath with hissling in his hand by a stone.

“As the Philister moved closer to attack him, David ran quickly towardsthe battle line to meet him. Reaching into his bag and taking out a stone,he slung it and struck the Philistine on the forehead, and he fell face downon the ground. So David triumphed over the Philistine with a sling and astone; without a sward in his hand he struck down the Philistine and killedhim.”

After that King Saul gave David a high rank in the army. After the deathof King Saul, David himself became King of Israel. He founded the house andline “David”. Also Joseph, the husband of Maria, belonged to hisdescendants. After David’s death, his son Solomon became King of Israel,who became known in the biblical history as the ideal of a wise sovereign.

Teddy Bears stuffed with excelsior belong to the rarity treasure of the TeddyBear world and are only rarely offered on the collector’s market today.What used to be the daily work of the Teddy Bear makers in former times,has become a valuable and rare treasure today. Worldwide there are only ahandful of experts who are still familiar with the traditonal art of excelsiorstuffing. Years of training, muscle strength and an artistic sense for stylingare necessary to carry out this very time-consuming work. Only very old andlong-standing manufactures have still the knowledge today, how Teddy Bearscan be stuffed with excelsior according to old example, so that nowadaysexcelsior stuffed Teddy Bears are hardly to find.

For almost 100 years, we have cultivated the tradition of stuffing our TeddyBears with excelsior and we have preserved for us this knowledge untill today.This gives our Teddy Bears their exceptional value and makes them to uncomparableand unique creatures with value-preserving character.

Mohair is made from one of nature`s finest&nbsp sources for natural fiber,the Angora goat. This special fur is very long and naturally wavy. When sheared(this usually occurs twice a year) it is called mohair. The term "mohair"is derived from the Arabian word "Muhayar" which literally means "the fabricof goat hair". Despite the name similarity there is no relation to the Angorarabbit.

The collection of this noble hair does not require any animals to beharmed!

Angora goats are a delicate animal and are very sensitive to temperaturechange. This requires a dependable mild climate. Summers not so hot thatthe meadows dry out and winters not too cold. In the entire world there areonly three regions that consistently meet these ideal conditions: Texas,USA, South Africa and Turkey.

The fur of the Angora go at is naturally white, curly and shiny. Itsfibers have a remarkable strength when made into a pile fabric. Thesecharacteristics together with the noble appearance, silky feel and sheenmake mohair one of the finest&nbsp fibers offered by nature. 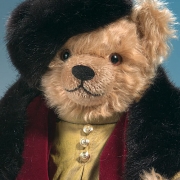 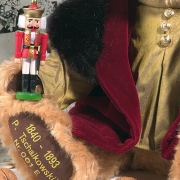 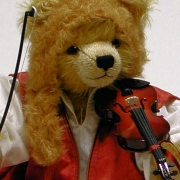 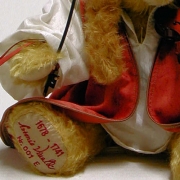